Summary: Regular listeners are aware that TheAngryindian has assessed (and identified) the ongoing quasi-religious domestic terrorist ‘stand-off’ in Harney County, Oregon as a Euro-Settler coup d’etat against the administration of President Barack Obama and the US multiculti civil order. In this dispatch, the question of the moment is how the negative sociopolitical by-product of not the Bundy Family’s seditious action(s), but the abject and wilful failure of the local and especially federal authorities to either quell or forcibly end the Malheur Refuge event in the manner the nonviolent and unarmed ‘Occupy’ and #BlackLivesMatter Movements which were violently crushed by local, state and federal authorities aided by anti-government paramilitaries such as the Oath-Keepers (as seen during the second-wave of the major Ferguson Black Lives Matter protests). And while this is occurring, the radial White far-right, American African ‘Hotep’ Revisionist Afrocentrists and radical hard-Leftists along with the nonsensical extreme right-wing ‘Sovereign Citizens’ counter-culture curiously seem to be finding it fun to join hands with the neo-Confederate Bundy and Hammond Families in support of their far-right, anti-Indigenous politics; xenophobia and their snack-fuelled putsch in favour of reinstituting Manifest Destiny (the federal property in question was stolen from the Northern Paiute Nation) in Oregon State under arms while announcing threats to ‘Kill or be killed’ should authorities attempt to take control over the situation. What is really happening here? And who will be queued-up against the wall is things keep going in this direction all the way up until #Election2016?

#OregonUnderAttack, or, How a Gang of White Supremacist Seditionists Are Getting Away with Treason Against the Obama Administration

Summary: TheAngryindian offers an Indigenist/spoken word analysis of the domestic terrorist ‘stand-off’ taking place in the Malheur National Wildlife Refuge (actually it is a sovereign landspace of the Northern Paiute Nation) some distance from Burns, Oregon and makes the obvious comparisons. TheAngryindian asks: What Native American ‘militia’/Tribal concern, African, Asian or Spanish-speaking Indio/Latino or Arab political group could trespass as a mob onto federal property; break into and enter a federal building (including commandeering federal vehicles); conduct the first two offences under the threat of military-grade firearms; make open threats to the mainstream news media about this being a ‘Kill or be killed’ situation if law enforcement authorities ‘dare’ move against them and survive the attempt? And after the brutal and very public and recent documented examples of systemic violence levied against the ‘Occupy’ and #BlackLivesMatter Movements by the federal authorities for nonviolent protest, why is it not ‘fair’ to call this (now) internationally-recognised coup d’état what it is? A clear example of White Privilege and an armed attempt by the US radical far-right to challenge the federal government while Mr. Barack H. Obama is still in the White House? (because in this way, it is easy to blame him for their conscious act of treason) EXTRAS: Archived audio from Bro. Lance Shabazz (NOI) speaking on the inherent political failure of Barack H. Obama (soon after he was first elected) – and – US political science analyst Professor Michael Parenti presenting a late-1990’s Marxist critique on leftist reductionism and how this habit empowers the inner-workings of Anglo-centric hegemony and is represented by the domestic and international violence of the ‘Deep-State’.

We want to hear from You! Forward us your suggestions as to how Aboriginal & African communities can effectively, non-violently and intelligently respond to our respective issues. Your suggestions and audio responses might be mentioned/played on future dispatches.
—
eMail + ‘4thworldradio@gmx.pt’
SKYPE + ‘aboriginalnewsgroup’
VoIP + ‘aboriginalradio@ekiga.net’
Voicemail/G+Talk + ‘aboriginalmediagroup’
APNSPR + ‘feeds.feedburner.com/aboriginalpressradio’
Be sure to catch 4WR on:
4th World Radyo [ aboriginalradio.wordpress.com ]
Radio Free Kansas [ blogtalkradio.com/fightincockflyer ]
Berkeley Liberation Radio [ berkeleyliberationradio.net ]
The Crazy Old Man Network [ thecrazyoldmannetwork.wordpress.com ]
Head On Radio Network [headonradionetwork.com] 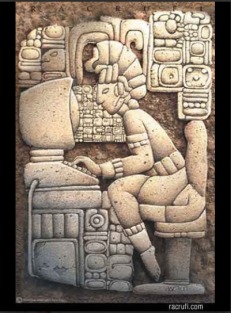 Summary: This is the last Intelligent Aboriginal Radyo (APNSPR) internet radio broadcast for the Gregorian calendar year of 2015 and features TheAngryindian and Guadalupe Morales wrapping up the sum-total of blatant injustice in North America w/ the case of a Native American woman being denied protection and due process of law by the Lawton PD from a local street gang she alleges brutally assaulted her in her home. (Special thanks goes out to Native American activist Johnnie Jae / @JohnnieJae for making me aware of this story) Besides the local PD refusing to report or investigate her attack, the local hospital (Comanche Memorial) like the police, refused to utilise a (standard) rape-kit, take photographs of her physical injuries or in any way fully document the event as a medical emergency. Further discourse looks at the public testimony of Antonio LeGrier on the US news programme CNN speaking on the police murder of his son Quintonio LeGrier and his neighbour, community activist Bettie Jones and why his grief should be a wake up call to the American African community to begin analysing institutional xenophobia from an international perspective. More discussion centres around routine racist police brutality against Africans, Spanish-speaking immigrants, Arabs, Muslims and other ethnic minorities within the United States and the sad state of the 2016 presidential election cycle and the rise of right-wing populist politics after the election of Barack H. Obama. EXTRA: A special PressTV interview with First Nations leaders on the subject of Indigenous colonialism, territorial integrity; economics and genocide in modern Occupied Canada.

Notes: We want to hear from You! Forward us your suggestions as to how Aboriginal & African communities can effectively, non-violently and intelligently respond to our respective issues. Your suggestions and audio responses might be mentioned/played on future dispatches.
—
eMail + ‘4thworldradio@gmx.pt’
SKYPE + ‘aboriginalnewsgroup’
VoIP + ‘aboriginalradio@ekiga.net’
Voicemail/G+Talk + ‘aboriginalmediagroup’
APNSPR + ‘feeds.feedburner.com/aboriginalpressradio’