Summary: @TheAngryindian ignores the annual distractions of the silly season to look at the widespread penetration of irrational ideas and beliefs into the authoritative information sphere and how this has led western politics, the United States in particular, in increasingly bizarre without much complaint from the elected and economic leadership; the intelligentsia or, the general public that is affected by their decisions.
EXTRAS: The usual news bits and pieces; socially-conscious PSA’s and an important lecture (and Q & A) by former Central Intelligence Agency (CIA) case officer Major John Stockwell, ‘Secret Wars of the CIA’ speaking at American University (broadcast by c-span) 1989 round out this programme.

Forward us your suggestions as to how Aboriginal & African communities can effectively and intelligently respond to our respective issues. Your suggestions and audio responses might be mentioned/played on future dispatches.
—
eMail + ‘4thworldradio@gmx.pt’
SKYPE + ‘aboriginalnewsgroup’
VoIP + ‘aboriginalradio@ekiga.net’
Voicemail/G+Talk + ‘aboriginalmediagroup’
APNSPR + ‘feeds.feedburner.com/aboriginalpressradio‘ 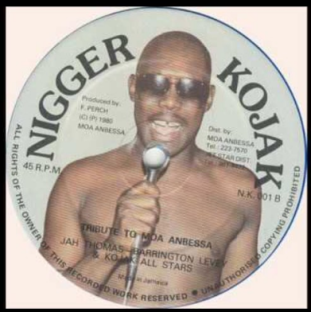 Summary: FWR host @TheAngryindian, concerned with the mainstream acceptance of half-baked, Revisionist and chiefly pseudo-intellectual bollocks that is passing for ‘common knowledge’ during a period of international political instability. On the Afrocentric side of things, wild theories ranging from ‘Cleopatra was Black’ theories to the belief that Melanin as ‘sacred DNA’ and that Black Africans are genetically racially superior to other human beings, Western Europeans in particular. For many, those that lay claim to representing the African Vanguard ‘speak a truth’ (even when are wrong) and accept these pontificating talking-heads as the ‘legitimate’ Black Power/Black Liberation leadership and have accepted (as fact) many highly questionable ideas in search of an ideology that speaks to the Indigenous and African masses struggling to survive within North America. @TheAngryindian challenges the warped aspects of these perspectives and defines it as a (normal) but (detrimental) development based on desires common to oppressed peoples across the world: the pursuit of short-interest gains that do little politically (or economically) – but do serve to emotionally soothe the masses and those single-mindedly wishing for some sort of symbolic and/or actual payback against their institutional oppressors. The question is this: are we as focused on toppling the actual oppression as we are with ‘getting some’ against those who are actually oppressing us? In a haze of loud rhetoric, are many of us lost in the petty promise of indiscriminate revenge against ‘The Other’ while forgetting the original goals of the Black Liberation Movement in favour of a narrow, neoconservative (and frankly Europocentric) political ideology that seeks simply to replicate extant White Power and its institutions while making clam to a revolutionary advance no matter how superficial these efforts turn out to be? No answers are offered in this broadcast, but questions are asked and hopefully, thought will provoke the personal into positive and progressive action for the betterment of all and not just the few.

Notes: Forward us your suggestions as to how Aboriginal & African communities can effectively and intelligently respond to our respective issues. Your suggestions and audio responses might be mentioned/played on future dispatches.
—
eMail + ‘4thworldradio@gmx.pt’
SKYPE + ‘aboriginalnewsgroup’
VoIP + ‘aboriginalradio@ekiga.net’
Voicemail/G+Talk + ‘aboriginalmediagroup’
APNSPR + ‘feeds.feedburner.com/aboriginalpressradio‘