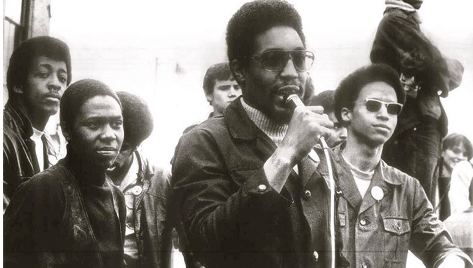 Summary: In this dispatch, TheAngryindian speaks bluntly about the undeniable intellectual disconnect underlying the current US political environment and how this is impacting historically-targeted Peoples and Communities in North America and around the Fourth World. EXTRAS: Black Panther Party for Self-Defence veteran Bro. Dhoruba bin-Wahad speaks about United States political history; state repression; corporate-owned pop culture; the development of American Fascism; the errors of the reactionary Black celebrity-class and how People(s)-of-Colour figure within the new political framework during an (undated) law student’s dinner in (we believe) Detroit, Michigan, USA. What makes this recording extraordinary: Afro-American Congressman (and practising Muslim) Keith Ellison (D) was in attendance and pulled into an impromptu and spirited debate with Bro. Bin-Wahad – by audience demand – where they discuss the lack of a Black political foundation in the US and the reluctance of African-American politicians to challenge White Power in the US.