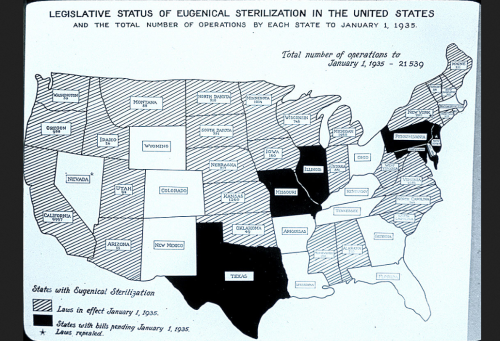 Genuine Justice: Sterilization Abuse of Native American Women – KRUI Radio — Dr. Connie Pinkerton-Uri, a doctor of Choctaw and Cherokee heritage, was the first to notice the pattern of forced sterilizations done by the Indian Health Services (IHS) system. In November of 1972, a 26 year old patient asked Dr. Pinkerton-Uri for a “womb transplant” because an IHS doctor had performed a hysterectomy on her when he diagnosed her with alcoholism. After seeing two other patients who were forced to undergo sterilization by the IHS, Dr. Pinkerton-Uri started to investigate.

One tactic that the IHS routinely utilized was to sterilize women without their consent during other, unrelated surgical procedures. For example, performing a routine appendectomy and then also doing a tubal ligation without consent. According to the American Indian Quarterly in 2000, at least 25% of Native women between the ages of 15 through 45 were coercively sterilized during the 1970s. This is an overwhelming portion of the population.

The Guttmacher Institute finds that today, 25.9% of women have undergone some type of sterilization surgery as their chosen method of contraception. For the rate of Native women who were forced to have a sterilization to be the same rate as the amount of women who haven chosen to have the procedure done demonstrates how far this systematic sterilization campaign went.