4th World Radyo : The Ghost of Enoch Powell and the Transcendental neo-Nazism of Donald Trump

Summary: TheAngryindian engages in Afro-Indigenist flavoured spoken word to address the Trump train to Nazi-ville and why so many Africans, Native Americans and US Jews seem to be sleep-walking through the North American 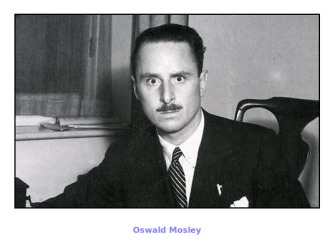 election cycle as the GOP becomes the ‘new’ American Nazi Party. TheAngryindian argues that it isn’t as if we haven’t seen this film played out many times before and that it makes absolutely no sense to ignore that many US citizens (not all of them Caucasian) are supporting a presidential candidate endorsed by the Ku Klan Klan terrorist group, American neo-Nazi and international fascist organisations and professional White Nationalists like Dr. David Duke. It also makes no sense that the DNC has not called this situation what it is, an attempt to institute a right-wing Euro-Supremacist super-state in North America that is also being conspicuously aided by a pro-fascist, corporate-owned US media. The question is: Is it possible for the masses to admit to themselves that if they had corrected and not codded their bigoted relatives and associates in the recent past, the spectres of Enoch Powell, Alf Garnett, Archie Bunker (Alf’s American cousin) and other archaic caricatures of bygone ignorant eras who suffer from various forms of White Privilege and exceptionalism would not have lead to a Donald Trump personifying a new form of North American-styled fascism ?

All this and much more on, 4WR.
The official internet radio broadcast of the Aboriginal Press News Service/ANG

Forward us your suggestions as to how Aboriginal & African communities can effectively, non-violently and intelligently respond to our respective issues. Your suggestions and audio responses might be mentioned/played on future dispatches.
—
eMail + ‘4thworldradio@gmx.pt’
SKYPE + ‘aboriginalnewsgroup’
VoIP + ‘aboriginalradio@ekiga.net’
Voicemail/G+Talk + ‘aboriginalmediagroup’
APNSPR + ‘feeds.feedburner.com/aboriginalpressradio’

2 Comments to “4th World Radyo : The Ghost of Enoch Powell and the Transcendental neo-Nazism of Donald Trump”